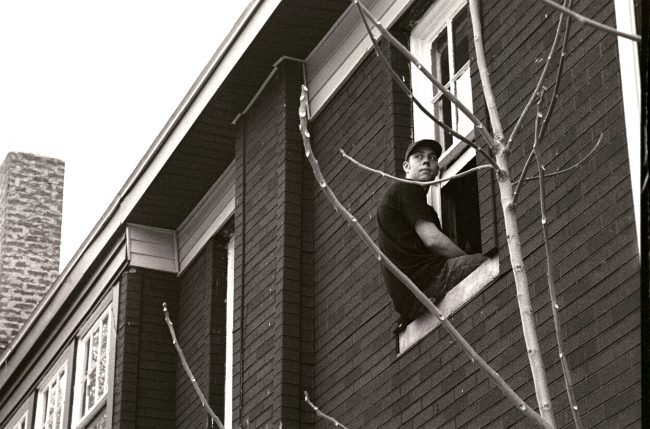 The Forgotten Side of Town

It’s the kind of place you’d end up, when chasing some dream that doesn’t quite work out, and you don’t have enough money to get back to the place you used to call home. Usually on the south or the east end, just barely on the wrong side of the tracks, where the rent is month to month, and the utilities are included. No cash, no credit, no problem. It’s the kind of place that always has the faint smell of a pilot light being out on the gas stove or the furnace, and the downstairs neighbors always sell drugs.

At first glance, it’s not too bad, the fresh coat of paint covers up some of the secrets from the previous tenant, and you don’t realize you share the space just yet with ants, roaches, mice and sometimes rats. The fridge almost exclusively houses beer or milk, sometimes both and always sits on 3/4’s of an even surface, wobbling just a touch while the button that lets the light turn on, almost always stays stuck till just before you close the door, so you get that last vibrant display of it being near empty, before heading to the corner store.

Initially it seems like a bargain as well as a convenience, to have the bills and the rent consolidated into one low monthly fee, split up amongst the whole lot of you. That is until it’s a cold Friday night, and the power goes out, where once again, the landlord ain’t paid the electric company. It’ll be back on Tuesday if all goes as unplanned. Luckily your buddies took over one the other dwellings, and there are enough extension cords to set up a space heater, watch TV, or listen to tunes to pass the time. Somehow the apartments are on different meters.

Evenings and weekend are always spent on the front porch, where the pop pop pop in the not too far distance, is easily distinguishable by now to be gunshots, the pitch and cadence no longer confused with m80s or ladyfingers, but it’s always confusing to see the neighbors pass by in various states no matter the hour of the day. Whether its fireworks or the crack of a .380 is rarely of any concern unless its on the same block, and maybe then the other neighbors will wander onto their front porches to investigate. The only questions asked are usually if anyone has a cigarette, or a gas can or 5 bucks. Sometimes all the above.

It’s always the kind of the place you gotta remember to pay the rent by the 5th, because you can never afford the late fee. Theres holes in the roof and potholes in the road, and it’s just dicey enough of a block that the pizza place won’t always deliver. There’s never a nearby supermarket, but just about anything else can be bought or sold, and no one seems to notice because its all happening on the forgotten side of town….

Photo- Jeremy Reiss at 1201 Fairfield, Shot by Tim Dieterle- Originally seen on the Least Most! 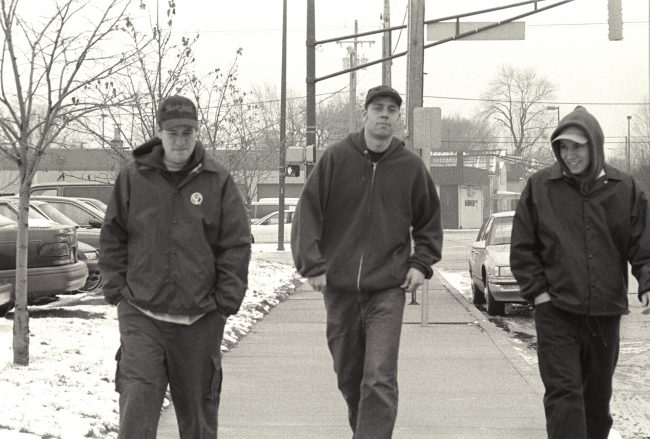