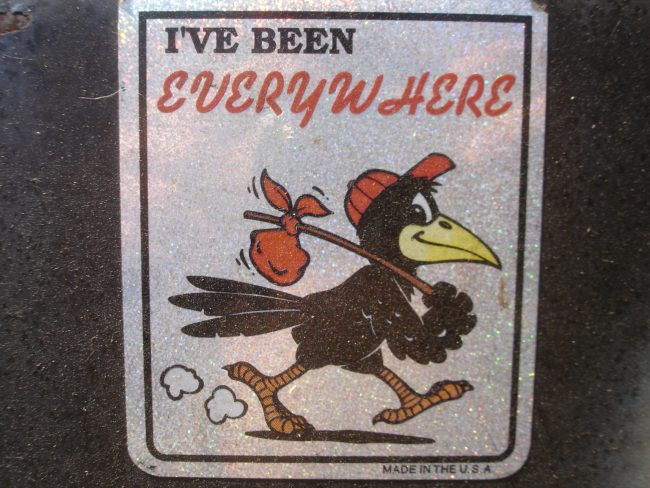 Driving down the road, an interstate supercross of the mundane, I looked up at the bright shining moon, 11 o-clock in the sky, while listening to an album, the same one since I was teenager, and I realize the moon is not some ambient lunar reflection of the sun, but a giant lit up Shell logo a few hundred feet up on a hill, on top of a giant pole, across the freeway, over the on ramp for traffic headed the other direction.

This was one of the moments out in the wild you don’t usually read about in tales of glory and profound enlighten- ment on the road. Times like being stuck in Oklahoma City, broke and hungry on Thanksgiving, and getting caught stealing a biscuit from a truck stop buffet, or pouring diesel through a makeshift beer can funnel into the intake on the side of a highway, in the rain, when you run out of fuel. You also aren’t likely to read about how there is no shoulder and 18 wheelers are flying by in thread the needle proximity at 75 miles per hour!

You rarely read about the times before smartphones, where a few close friends all quit their jobs, and pile into a 750 dollar van, with belts exposed in the tires, an outdated map, a few 12 packs of cheap beer, and pile of bikes. Half way aimed to head out across the country in the worst storms you have ever seen. Looking back, amidst modern conveniences, I can’t believe my friends and I drove drunk through cities like Cleveland, Philadelphia, Detroit, Pittsburgh, Chicago, Baltimore and beyond, searching the locale for spots we had heard about, in neighborhoods we had never been to. The kind of neighborhoods strangers aren’t typically welcomed.

You hardly ever read about drunkenly replacing serpentine belts in a parking lot, doing a brake job in a field, or looking on the bike rack at a bike with a pedal missing that must have wiggled off after the traffic jam in that snow storm outside of Erie, Pennsylvania. Times like driving up the eastern seaboard with the windows busted out after the vehicle was robbed, or leaning out the window, becoming your own windshield wiper, with the squeegee stolen from the Flying J, after using the hot air dryer vents in the bathroom to thaw out and warm up your shoes.

You seldom read about a panicked dash for the state line after being let out of county lock up, and doing a semi controlled high speed , hi-way re-arrangement of all the vans contents, after a warranted search by state police, only to get to a late night campsite, where one passenger ingests all the illegal mind altering dugs the police missed while tearing our road trip vessel apart.

You might not read about the traveler accidentally sipping from what he thought was a beer, but was a can filled with what was beer an hour earlier, from another road-worn travel tavern patron. Road beers, piss jugs, and good times turned arguments when belongings get tossed out of a moving vehicle or a haymaker is tossed over a bench seat, in an instantly forgotten misunderstanding about a playlist, or a quarter snack or a missed left turn…

I don’t know if you’ll read about the drunk passenger thinking it would be okay climb to the front of the vehicle using the steering wheel for leverage, or the one dancing up front in the van only to fall over into the driver and regain their balance by yanking the wheel, forcing everyone into a ditch… Or the times spent spinning through medians in snowstorms, chased by rednecks out of a small town, or being stranded in some lost city in the middle of nowhere..

You don’t often hear about the cop, or the mechanic, or the corner weed dealer that ripped some one off, or the battle cry of regret from the dude getting dropped off to a crowd of onlookers by the least desirable late night decision of a trip. Road Trip hot, and a game of How many steel reserves come to life, and the high speed hazing to the next destination.

They don’t have DUI check’s for hallucinations brought on by dehydration and sleep deprivation, or getting stoned off fumes from an open hatch back with bikes hanging out of it, but the decisions made in that kind of haze, are both unforgettable and hard to remember, after hundreds of miles sharing stories, modest portions of inexpensive food, punk rock sing alongs and bug splattered windshield landscapes between where we all started and nowhere in particular.

The best times, and the longest lasting friendships all spawned out of some of the worst times, on the road with no money, no direction, no certainty, and an unreliable vehicle at best. We didn’t need much else, and we always still managed to get where we were going.

A life on wheels, with or without speed wobbles, these are the kinds of stories you’ll live to tell when you are Bound for Nowhere in particular…

As seen on the Least Most! 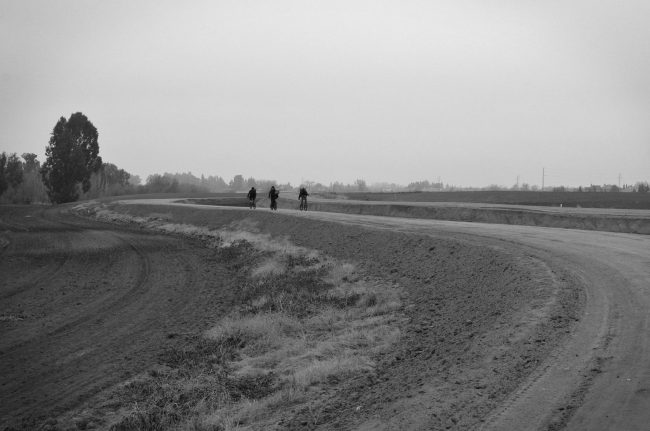