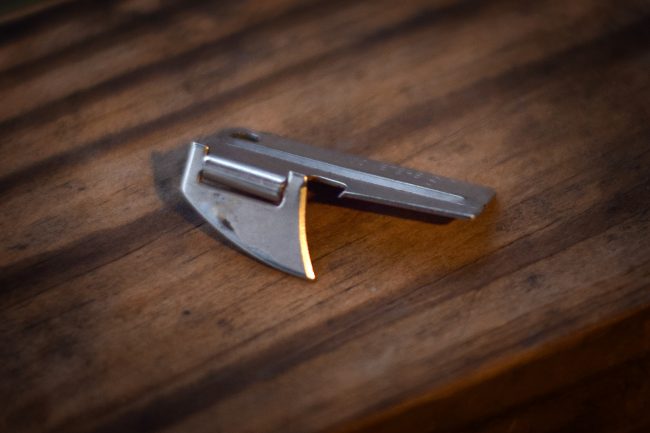 I looked down at my hands, calloused, dirty and holding a brass loop keychain with a spark plug gapper, a can opener and a few random keys. No idea what the keys were for, maybe my folks place back home, and the house on Fairfield, although I never remember locking the door, I would this time however, no telling when we’d be home…

I had never driven so far in my life, wobbling and weaving with bald tires between the ruts on the highway from over freighted semi’s. I was on Interstate 40 somewhere between Laguna Pueblo and the Zuni Reservation in New Mexico before the sun would start making its face known to the rearview. Barely Awake, speeding across America, listening to the the rhythm of the seamed pavement, as it interrupted the half sleep of my two traveling partners, and the jangled racket of a jam packed beater car.

I had saved up enough money for the trip working second shift at a plastic injection molding plant. I got the job through a temp agency making minimum wage. Late autumn evenings standing around in low top vans on a concrete floor, separating and sorting plastic parts not unlike the pieces of a model car when you remove it from the box. I worked with older women, they were sassy and loud and made light hearted jokes about me being a young white man. Together, 4 or 5 of us would take warm plastic pieces out of a press, snap and sort, working around a table, the women gossiped like they were at hair salon or a sewing circle. They were great, I was merely a bystander.

I must have not worked there very long, because back then everything was cheap, gas was under a dollar a gallon, and split three ways would end up costing us 30 dollars each to get across the country. Three of us, three bikes, our gear, and a couple of cassette tapes all piled into a 1980 Datsun Sentra hatchback with worn out tires, bad shocks, and and what would we would learn, a tired battery and an alternator on its way out.

It was a winter drive, crossing state lines on interstate 70, through cities like Terra Haute (the home of Larry Byrd), St. Louis, down I-44 into Oklahoma, eventually on to 40, through Amarillo, Albuquerque, Flagstaff and eventually Barstow, a dusty town where 40 ends, and I-15 takes you into Southern California.

The drive was a marathon run for the sun, taking shifts, the backseat passenger nestled between bikes with the front tires removed, resting on a stack of backpacks and sleeping bags, head leaned against the window, nodding off and waking up with each bump in the highway, each pothole a myoclonic jerk, suspended animation, a sleep deprived trance of bad suspension, rutted roads, and the 13th consecutive loop of Naked Raygun’s “Understand.” Do you Understand?

Up front, the driver and navigator would trade stories, sort through the road atlas and stepped on magazines, fiddle with the radio, count the mile markers and shoot the shit. The next shifts driver would pretend to catch some ZZZ’s while whoever sat shotgun, keeps an eye out for highway patrol. Passing time watching convoys of trucks driven by maniacs on speed, the same creepy degenerates that write on the walls of truck stop bathroom stalls. The same dudes that litter the highway with half full bottles of piss. You wonder who would do such a thing until it’s 5 am In New Mexico and you just drank 3 Pepsi’s within a hundred miles to stay awake.

The state trooper pulling us over at dawn would soon find the same kind of bottles under the fronts seat, disgusted — he doesn’t acknowledge the fact that we at least had the decency not to litter.
At the next gas stop, we recounted our run-ins with the law, likely eating uncooked canned food, with road trip bread, that had inadvertently smushed into the shape of a spork. I hadn’t realized it, but the can opener on my key chain that my father had given me the year before when I had left the nest, had proven to be quite the life saver when it came to non perishable food items on the go…

I remember my Pops taking his P-38 off his own keychain and gifting it to me. I had no idea the simplicity and practicality of this gesture would come to symbolize such a right of passage. When he was my age he used the same thing as he shipped from the west coast to South East Asia. A simple tool for survival issued by the U.S. Armed Forces designed for opening a C- Ration, Tough and dependable, named either for its length (38 mm) or how it punctures 38 times to open most cans. Either way, the budget meals cooked on a radiator, or in the coals of a campfire, or in this case, cold with the most dense parts at the bottom of the can, broken up by tapping the bottom of it on the curb we sat on.

Like My father, the p-38 and its understated useful nature and functionality would end up playing a key role in my travel life.
Once we made it to the coast, we stocked up on supermarket essentials and explored towns we’d never heard of, La Mirada, Garden Grove, Fullerton, Tustin, eventually making our way to the Pacific Ocean by way of Huntington Beach. A media blitz of seaside imagery seen all of our youth in magazines and movies, now in real life while ordering regionally franchised tacos off the dollar menu.

My first foray into California dreaming was spent half passed out on a bathroom floor closer to the inland empire. A victim of fast food poisoning, blurry vision sickness and regret, a harsh welcome to reality from a fantasy created in my high school reverie. Whether it was just economics, or superstition, eating out was mostly off the menu. Here I was in the land of golden sunshine rolling out the red carpet to what would become a couple weeks of no frills supermarket bargains. Canned food opened one puncture at a time, in 38 motions around its sealed seem circumference.

Originally seen in the Book by Matt Coplon and Steve Crandall titled – Bound For Nowhere as seen on the Least Most! 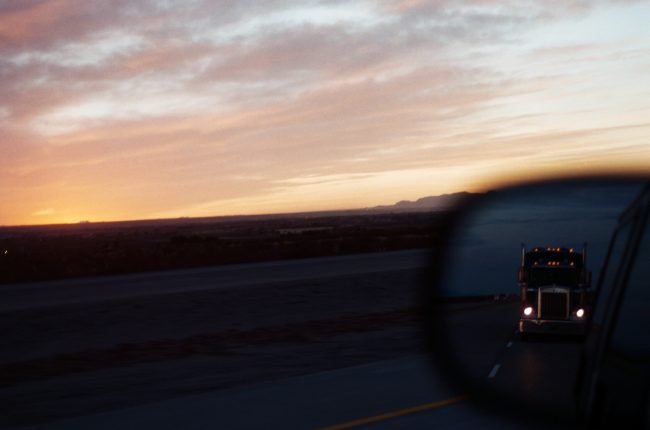