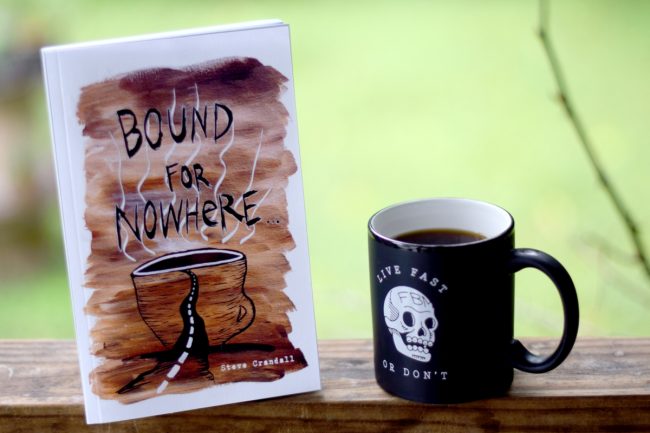 It seems like I’ve been on the go a long time, waxing and waning between some kind of deep rooted restlessness and road worn fatigue from never sitting still. Never quite sure if I’m running from something in my mind, or searching for something in my imagination. I don’t really know, maybe it’s all the above, some innate desire to leave my mark, or maybe I’m just drawn to being in motion. Often times, I would drive with a tiny makeshift paper sign on the dashboard with an arrow pointing forward that read — ‘The Future…’
And I think of the William Least-Heat Moon Quote — “What you’ve done becomes the judge of what you’re going to do — especially in other people’s minds. When you’re traveling, you are what you are right there and then. People don’t have your past to hold against you. No yesterdays on the road.”

Anyhow, this story starts with a deadline to have materials for this here book to Matt by the 15th of January, giving me a few days to drive to his place in Tampa, more than just a few miles away. Minus my rent money that was due in two weeks, I was pretty light on funds, and a winter storm warning was in the headlines. I sold 6 paintings to cover gas to get there and brought materials to try and hustle some cash along the way. I woke up to temps in the twenties, the woodstove in the bus had dwindled itself lukewarm by morning and I was out of firewood — time to head south. I packed the car with my bike, a sleeping bag, some groceries, a few more paintings and art supplies and hit the road. Reducing the cost of travel and selling/trading art would be essential to keep things going.

Once I got going, I decided on taking secondary highways closest to the water, at least for as long as I could stand the changing speed limits and random stoplights. Depending on how far west the coastline was jetting in, I would be driving through southern pines, or bridges over swampy lowlands. As I got further south, the pines commingled with palm trees and single story dwellings with rusted tin roofs.

After rolling into downtown Savannah, I caught a glimpse of a Saturday night where people are allowed to drink in the streets and groups of weekend party folks are towed by bicycle or by horse throughout the historic small city nightlife. I had hit up an old friend who told me he’d been eating mushrooms, and hanging out in a hole in his basement when I asked what he’d been up to. I figured it was some kind of metaphor or modern slang, but when I got to his place, he showed me a bag of hallucinogens and took me down to the crawl space beneath his home. He then told me he had gone on a date a few weeks earlier with Chloe Sevigny — that he wasn’t hungry but ordered any way. She ate all of her food and his. I traded him a painting for some Ramen and a tank of gas, it was nice to catch up.

That night I stayed at an old house with no heat in an older part of the city and rolled over onto my eyeglasses in my sleep and broke the frames. I duct taped them back to working order and got a cup of coffee across the street from Forsyth Park before hitting the road for Florida. A few hundred miles later I arrived at a lake house — a friend of a friend type scenario — and the first thing I did was ride a jet ski in a pair of faded and dirty blue jeans. It was absurd and as soon I got half way across Bear Lake, I remembered my eyeglasses were taped together as they pressed closer to my face in the wind. They nearly fell off. That night I camped in my car and ate cold food out of a can for dinner, it wasn’t glamorous but I was happy, and I knew these kinds of moments are the ones that allowed me to stay on the road for so many years, econo

Driving on I-4 from Orlando to Tampa was a surreal, high paced construction zone through some of the biggest amusement parks, stretching dozens of miles in 70 mph parking lot proximity, among fast moving, manic, twitchy hurried screwballs. It stressed me out more than I expected. So when I got there, I parked in Seminole Heights and pedaled through some old Tampa neighborhoods, through the downtown metropolitan area and finally to Ballast Point, a pier 10 or 15 miles down the bay. After a thousand miles zigzagging through the eastern seaboard and across to the Gulf of Mexico, it was good to stretch the legs and ride some miles. Familiarizing myself in a new area, I pedaled down side streets aiming towards the water. Some streets had names I’d never seen before, and some the same as any town I’d ever lived in. Those intersections rolled by like flashbacks from another lifetime. As I wandered, I curiously noticed chickens roaming in parking lots, on sidewalks, and in parks. Then I remembered hearing a story about how chickens were protected in the city, free to roam the streets — we had something in common today. Pedaling back towards town along the water, looking to my right I saw a pelican dive into the water for its dinner. The cycle of life.

I eventually catch up with Matt, meeting him at his place, where before entering he had to feed about 20 outdoor cats and a family of raccoons that dwelled in his yard and in the cul-de-sac. That was before going inside to feed his own pets (Hamilton, Dudley and Marmalade) who were NOT allowed outside with the other half-feral orphans and stragglers. After some catching up over Mexican food, I used his wi-fi while sitting next to him, to email him the stories I’d written for this book. Reasonable, practical, even financially viable alternatives to doing this might have made more sense, but this was my version of passing along my manuscript — a ritual I imagined authors would do in another time, maybe another place. We drank coffee, plotted and planned as we figured out the next few steps it would take to format, publish and release these travel stories. We talked about typos, bad grammar, and spelling mistakes while trading more art for food and gas money.

Across the bay in St. Pete, we met up with more friends at their home which had 3 ducks in the front yard, several chickens out back, a cat, 3 dogs and a pig named “Frank.” Generous as they were, I was able to trade some more art for another tank of gas. And there at the filling station, more chickens were loitering. We got Ph? and drunken noodles for dinner at dusk, then made our way back over the Howard Frankland Bridge. Returning to Matt’s place, the neighborhood cats lounged on the porch and in the street like they were at some feline resort. Florida was starting to seem like a small animal sanctuary.

After a few days wandering close to Tampa Bay, I was back on the road, aiming home. I jokingly said I was jonesing for bad weather, but really my restlessness now had me thinking about getting back to my own comforts. I visited more friends along the way, breaking up my travels, until that late night/long drive blink of an eye, becomes an uncertain pause in awareness and consciousness. Blurry taillights leaving tracers. Blink again and it’s dawn. Sleeping in the car next to a pile of bikes as the tinted morning sun reflects off of them. It’s cold as I wake up in a sleeping bag, with a sore back and a thin layer of frosty ice on the windows, smiling. Happy to still be on the road yet happy to be getting home.

Driving again, I cross state lines. Passing the same swamps and pine forests, dawn driving in the muted grey early morning winter fog. I’m so spaced out on high mileage truck stop coffee, that staring through the windshield recounts the week as I pass more mile markers and follow the interstate lines like a stream of consciousness. Rocinante serves as my companion — he is a reflection of my own uncertainty, giving me as many answers as questions, lost and found along the way.

Originally seen on the Least Most! 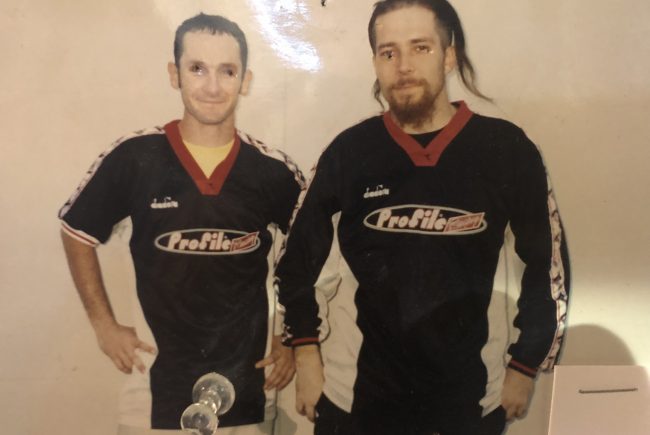 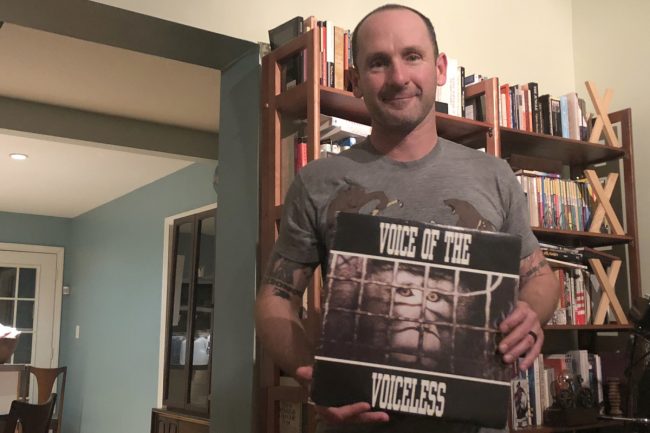 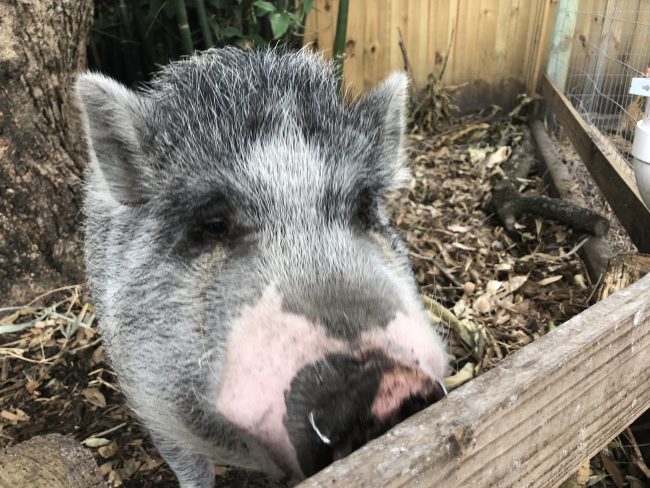 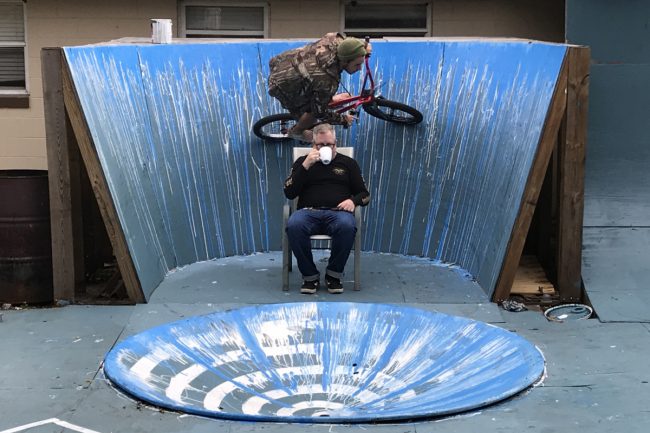